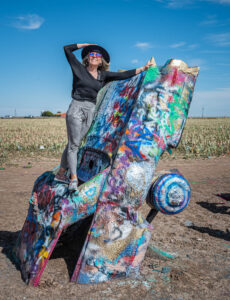 Leaving Iowa we drove along the famous highway Route 66 and stopped in Amarillo, Texas, the center of the Texas Panhandle, for 2 days, stayed at the Oasis RV Resort & Cottages. Our first stop was to experience Cadillac Ranch just down the road from the Park. The billionaire Stanley Marsh 3 wanted a piece of public art that would baffle the locals. The hippies came up with a tribute to the evolution of the Cadillac tail fin. Thus, Cadillac Ranch was invented and built by a group of art-hippies in 1974. Ten brand new Caddies were driven onto Stanley Marsh 3’s field, then half buried, nose-down in the dirt, complete with engines. They were supposedly buried at the same angle as the Great Pyramid of Giza. Then we drove into Amarillo to the US Route 66-Sixth Street Historic District, it is 13 blocks long, We found a fabulous place for lunch here at Braceros Mexican Grill and Bar with huge portions, we needed doggie bags to-go. Then a must visit to Bill’s Backyard Classics, there are vehicles that will take you back in time. Bill Pratt, the owner, collected over 100 cars in only 2 years, all kinds of makes and models that span a period from the 1920’s to 2012, every car is still drivable and in mint condition. It was fun walking through history experiencing so many different classics. Click on thumbnail to view 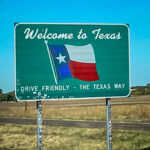 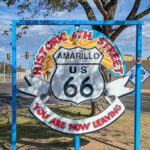 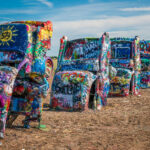 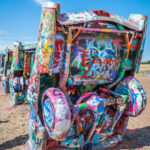 Graffiti covered all the cars

You can even climb on them 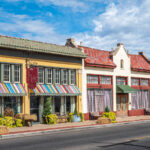 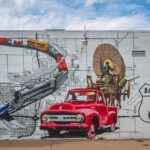 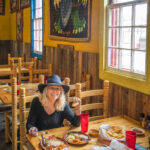 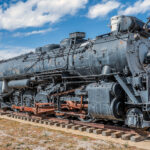 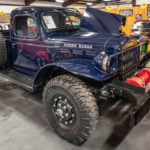 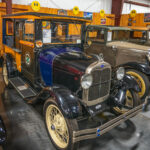 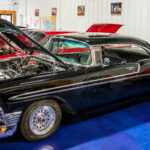 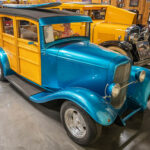 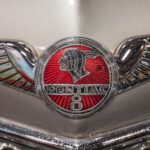 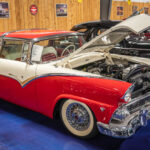 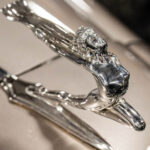 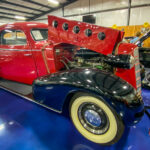