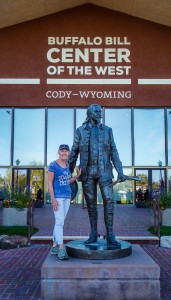 We had heard so much about Cody, WY and its namesake “Buffalo Bill” Cody, that we had to take a drive there to see what it’s all about. We drove through Yellowstone NP stopping for pictures along the Yellowstone River, to the East entrance. President Theodore Roosevelt called the stretch of highway between Cody and the East entrance to the Park, “the fifty most beautiful miles in America”. The East entrance’s ranger station was built in 1934 for visitors entering the Park from Cody. The road is named the Scenic Byway of Highway 20, wedged into a valley shaped by the flow of the Shoshone River. The Buffalo Bill Reservoir Dam was well worth the drive. Cody was established in 1896 by Wild West showman, William F Cody, “Buffalo Bill” and a group of investors who realized the potential for tourism since Yellowstone was only 50 miles west.

The best thing to visit in Cody is the Buffalo Bill Museum, which first opened in 1927 in a log cabin in downtown Cody, it was relocated in 1969 to its current place. The Museum’s focus is on the life and times of William F “Buffalo Bill” Cody (1846-1917), the noted guide, scout, frontiersman, showman, actor, entrepreneur, town founder and American icon. The town was bigger than I imagined, not your quaint western town from the old days, but we enjoyed our brief visit to the museum, and then it was time to head back to the RV. Click on thumbnail to view images 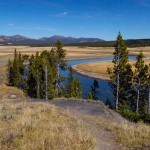 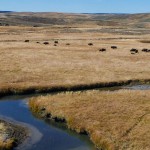 Where the Buffalo roam… 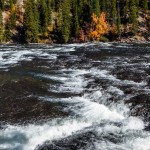 Rapids on the Yellowstone River 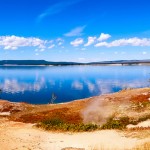 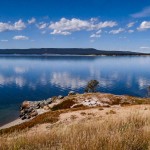 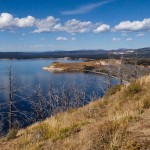 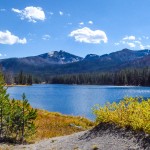 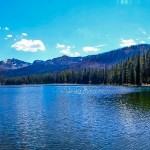 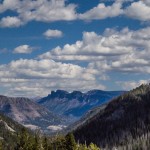 The pass on the way to Cody 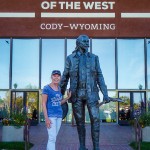 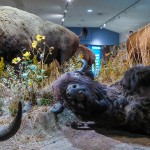 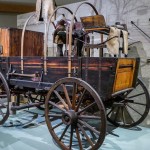 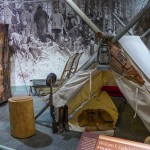 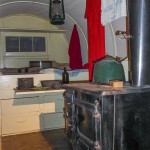 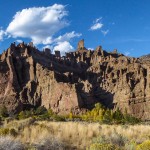 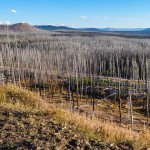 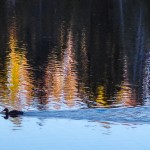 Nice end to a great day