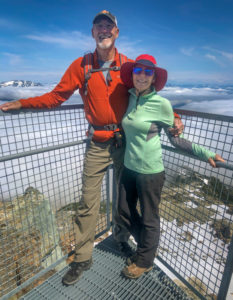 Nimpo Lake to Whistler, BC

We said farewell to Frank and Kelly and  continued our journey of the BC Discovery Trail heading to Whistler, B.C. We drove along Highway 20 through the Chilcotin Country past Tatla Lake, and turned off the main road onto Farwell Canyon Road to take a more scenic drive in the heart of the B.C. Chilcotin District. The road is gravel for 117 km, it’s a narrow dusty road, unless it has been raining, then it turns to thick mud which we experienced, but the views are stunning. We saw the huge sand dunes along the Chilcotin River, supposedly one of the largest sand dunes in B.C., and the hoodoos along the Canyon. We stopped to check out an old abandoned homestead down by the River. END_OF_DOCUMENT_TOKEN_TO_BE_REPLACED 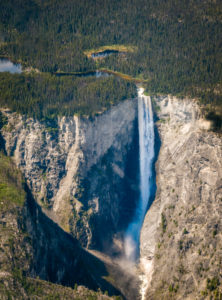 A beautiful red/orange sunrise appeared at 5 AM, as we left to catch the ferry to Bella Coola. The Discovery Coast Passage route is served by the BC Ferries, Northern Sea Wolf, from June through September only. We booked on June 11th and we were so lucky to be able to get the last car space on the ferry on June 26th, as it holds only 35 cars. The ferry leaves the Port Hardy Terminal at 7:30 AM but you have to be there at 5:30 AM to get in line. From the time we left Port Hardy we were floating through unsurpassed scenery, as the fog slowly lifted and the views became more spectacular. This crossing to the mid-coast ranks among the world’s most scenic, as we cruised the Queen Charlotte Strait we saw sea lions, dolphins and even Humpback whales playing in the ocean. On the ferry there was a restaurant with great food, a passenger lounge, and outdoor seating on the top deck, where we spent most of our time. Cruising up the Burke Channel toward Bella Coola we were in awe of the snow capped mountain ranges on the mainland; it was similar to cruising through the fiords in New Zealand. Then we reached the North Bentinck Arm, the inlet where the town of Bella Coola is located. The almost 12 hour ferry trip passed so quickly that before we new it we had arrived at the Bella Coola Harbour Wharf. The fishing boats were right next to the ferry and we watched the fishermen unload their catch for day. We drove through Bella Coola to the Mountain Lodge where we stopped for the night, and they have a restaurant, called the  Brockton Bistro where we had a delicious dinner. Click on thumbnail to view images END_OF_DOCUMENT_TOKEN_TO_BE_REPLACED