After leaving the Gateway Arch it was on to the Beermaster Tour at the Anheuser-Busch Brewery. The Anheuser-Busch Brewery Complex is made up of 137 structures and it takes up 142 acres of land. Most of the buildings were built before the turn of the century, mostly out of brick, in a Romanesque style. We visited the historic Brew House, the Primary Fermentation Cellar, Beechwood Aging Cellar, the Bevo Packaging Facility, and the Finishing Cellar, where we had samples directly from a Finishing Tank. 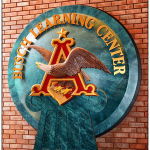 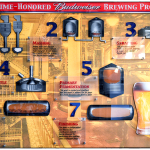 But first a few basics 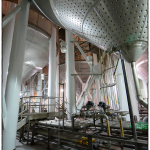 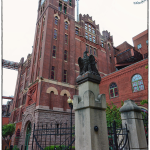 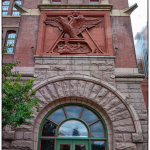 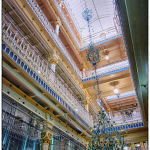 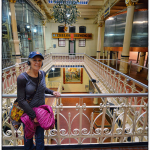 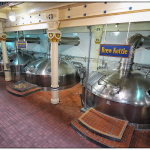 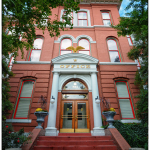 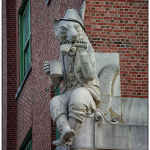 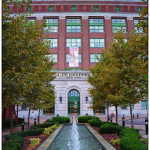 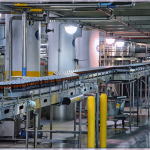 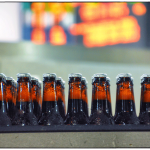 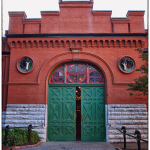 Entrance to the Clydsdale stable 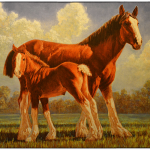 Iconic painting of the symbol of Budweiser Beer 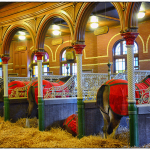 Each stable is air conditioned and has a stained glass window 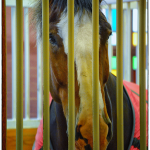 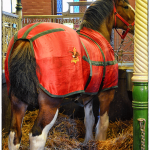 This is my crib…stay out 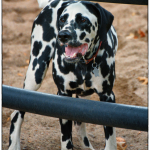 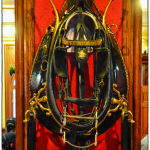 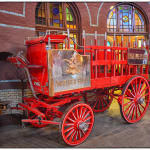 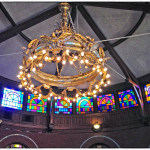 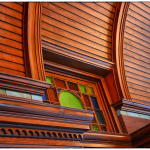 Millwork details in the stables 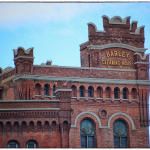 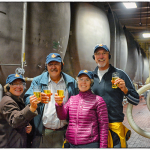 The Brewhouse is 6 stories in height and constructed out of stone. The central interior space is 5 open stories, each with a cast iron balcony that runs around all four sides. Hanging the full distance from the ceiling to the first floor are 2 wrought-iron chandeliers, cast to resemble the hops vine and flower. Very impressive Brewhouse and all the tubs, vats, pipes and kettles are original and made of copper, brass and stainless steel. The highlight of the tour for me was the Budweiser Clydesdales’ Stable, and the Dalmation, named Clyde.The circular stable has stalls for 20 horses radiating from a central, sky-lit octagon space with a chandelier and stain glass windows. The original Administration building was the old Lyons School, completed in 1869, where the Busch children went to school. In 1857, Eberhard Anheuser, a soap manufacturer, took possession of the brewery and made it profitable. In 1865, Anheuser took on his son-in-law, Adolphus Busch, as a junior partner, and in1875, Busch became a full partner and the Anheuser-Busch Association was formed. The famous Budweiser beer was introduced in 1876, and remains one of America’s most popular beers. The St. Louis Brewery sells 15.8 million barrels of beer per year. That’s a lot of beer consumption! The tour was two hours long and well worth it, as we all became Honorary Beer Masters!