We are off to Cochrane today to visit Pat and Harry Koehler in Calgary, Alberta. We arrived at the Bow Rivers Edge RV Park early and made it to Pat & Harry’s by 4pm. Great to see them again and to meet their family. Excited for the 2 weeks that we are going to spend exploring with them around Calgary.

Our first adventure is to the Cu Nim Gliding Club near Black Diamond, in the foothills of southern Alberta, to ride our first ever glider plane with an instructor. Harry is a member of the Club and is a tow Pilot which means he tows the gliders into the sky from his plane and then releases it. Our instructor, Phil, is a 40 year veteran of gliding and gave us a lot of confidence. I went first, strapped into the harness, I climbed into the two seater glider, in the front seat. A glider is a highly efficient unpowered aircraft. Click on thumbnail to view images 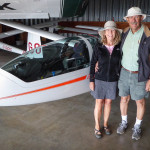 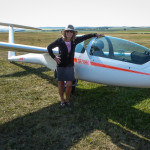 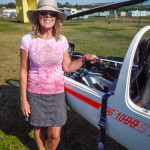 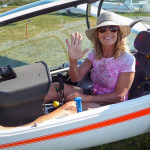 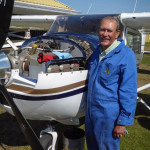 You will have to wait until Harry fixes the tow plane 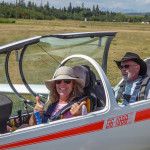 Ready for lift off 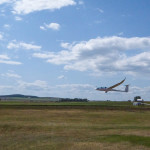 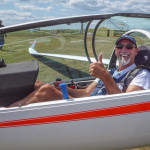 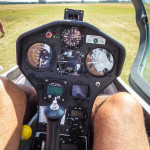 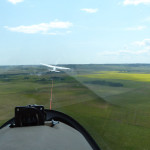 Tow plane getting us up to elevation 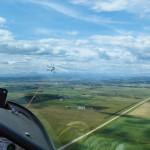 Ready to “cut her loose” 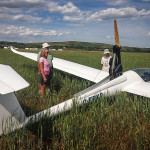 A special glider with a bult in engine

We were towed down the bumpy grassy runway until we had lift off, and towed to about 3000 feet into the sky before the tow plane released us and then we were gliding through the air. The air currents were perfect for us to catch the upward flow of the air and then glide along for miles with fabulous views of the countryside below. Then Phil said, “Your turn to take the controls!” The key is to keep the nose above the horizon so we don’t begin a downward dive. I wasn’t quite as smooth as Phil but it was fun to have a turn at gliding! Then he took us back down to land on the runway, again a very bumpy ride until we came to a stop. Then it was Bob’s turn to try his skill at flying a glider. Watch the great video he took on his landing! Now we can check that off of our bucket list! Thanks Harry for a wonderful experience, that was definitely a 10!!!