We all got an early start  and drove to the Head-Smashed-In Buffalo Jump, a World Heritage Site, located where the foothills of the Rocky Mountains begin to rise from the prairie. The buffalo jump was used for 5,500 years by the indigenous peoples of the plains to kill buffalo by driving them off the 36 foot high cliff. The cliff itself is about 1000 feet long, and at its highest point drops 10 meters into the valley below. The site was in use at least 6,000 years ago, and the bone deposits are 39 feet deep. The buffalo carcass was used for a variety of purposes, from tools made from the bone, to the hide used to make dwellings and clothing. According to legend, a young Blackfoot wanted to watch the buffalo plunge off the cliff from below, but was buried underneath the falling buffalo. He was later found dead under the pile of carcasses, where he had his head smashed in. Thus the name for this site and the wonderful Museum that we explored. Click on thumbnail to view images 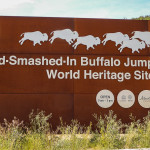 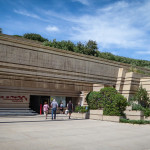 Beautifully build into the natural landscape

Chief Harry checking on his two squaws, Pat and Patty 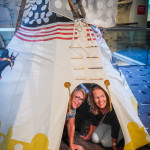 Is he gone yet? 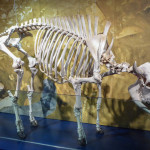 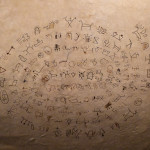 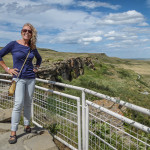 Then we continued on the road to the famous Frank Slide. The Frank Slide was a rockslide that buried part of the mining town of Frank, on the morning of April 29, 1903. It happened at 4:10 am, when over 90 million tons of limestone rock slid down Turtle Mountain within 100 seconds. It took out the eastern edge of Frank, the Canadian Pacific Railway line and the coal mine. It was one of the largest and deadliest landslides in Canadian history. Coal mining operations may have weakened the already unstable Turtle Mountain, and the area Native tribes called it ” the mountain that moves”. Within three weeks the railway was repaired and the mine was reopened. Eventually the mine closed permanently in 1917 and the community is now part of the Municipality of Crowsnest Pass in Alberta. The site of the disaster remains nearly unchanged since the slide happened over 100 years ago and an Interpretive Center receives over 100,000 visitors annually to read about the stories of all the Frank residents who survived the slide. What an amazing place to visit to see the devastation that occurred from the Frank slide. It was a long drive back to Calgary but first we stopped for dinner in Pincher Creek, and experienced the most beautiful sunset on the way back to Calgary. Click on thumbnail to view images 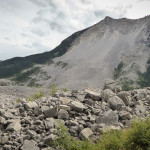 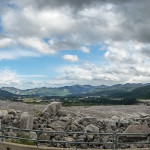 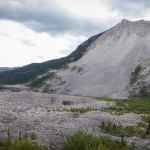 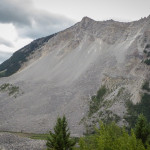 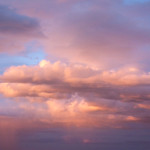 Beautiful sunsets on the drive home 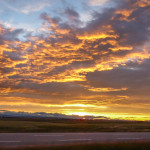