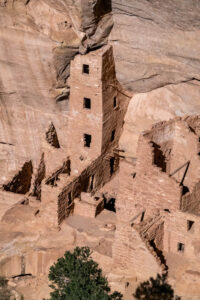 We stayed at the Mesa Verde RV Park, October 29 to 30, in a beautiful pull-thru site, while visiting Mesa Verde National Park, just across the road. Mesa Verde National Park is a UNESCO World Heritage Site, established by Congress and President Roosevelt in 1906. Mesa Verde (Spanish for “green table”), with more than 5,000 sites, including 600 cliff dwellings, is the largest archaeological preserve in the US. We spent one day driving the Mesa Top Loop in the Park visiting the many ruins and cliff dwellings. Our first stop was to view the famous Cliff Palace, the largest cliff dwelling in North America. Cliff Palace contains 23 kivas (round sunken rooms of ceremonial importance) and 150 rooms and had a population of approximately 100 people. We couldn’t go down to see the ruins close up because there were no tours now, but we enjoyed seeing it from the viewpoint. We also stopped at Square Tower House Overlook to get a view from the top, featuring the tallest structure in the park. Click on thumbnail to view images 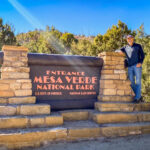 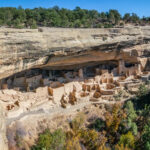 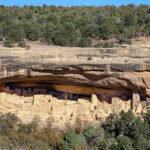 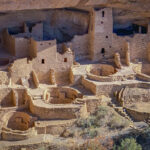 Close up of Cliff Palace 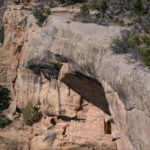 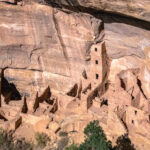 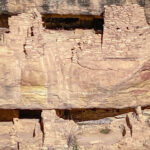 The next day we drove to Telluride for lunch at the Floradora Saloon on a brilliant bluebird day. The views of Lizard Head and all the surrounding mountains were fabulous. We decided to take the 4WD road over Ophir Pass for a shortcut to Silverton. Ophir Pass is at an elevation of 11,789 feet and is 10-miles long from the old mining town of Ophir where we started the climb. As we climbed up the road we had beautiful alpine views of the upper Ophir Valley and neighboring peaks. However, the higher we climbed there was more snow on the road. Our final turn to head to the summit the road was not passable, as it was covered in deep snow. We tried to get through but we were not able to scramble across the snow. We turned around and came back down the Ophir Valley. Click on thumbnail to view images 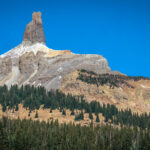 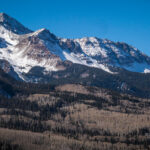 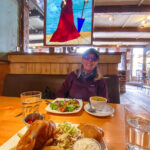 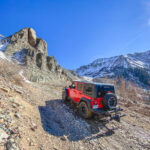 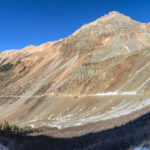